The U.S. fitness boom has grown even as the obesity epidemic has also surged over the past decade or so. The popularity of adding high-tech twists to the American workout - i.e. with attachable exercise monitors ("wearables") or stationary bikes with apps - seems to run counter to an exploding yoga craze. The high-tech versus low-tech yogis or Pilates practitioners would, nevertheless, appear to show that exercise is more important than showy and techy ways of doing it. Here in Connecticut, the state is not only peppered with yoga facilities but one is more apt to run into someone with a yoga mat than a set of weights these days. According to a joint 2016 Yoga Journal and Yoga Alliance study, 34 percent of Americans say they are "somewhat or very likely" to practice yoga in the coming year, equal to more than 80 million Americans; and 37 percent of practitioners have kids under age 18 who also practice yoga. - The study also shows that yoga students spend $16 billion annually on classes, gear, and equipment, up from $10 billion in 2012. - Women represent 72 percent of practioners; men, 28 percent. - The demographics show millennials are in the lead for practicing yoga in public (classes, etc.), with 43 percent of 30-49 year-olds making up the bulk of the yoga participants, followed by persons over 50 at 38 percent, and 18-29-year-olds at 19 percent. - Seventy-four percent of yoga participants have been doing it for just five or fewer years. Pilates is becoming even more popular, with nearly nine million people participating in 2009 – a dramatic 456 percent increase from 2000. It's tough to find 2017 statistics, as the rise in Pilates' popularity means record-keeping obviously can't keep up with new facility building. Pilates, a physical fitness system developed by Joseph Pilates, purportedly uses the mind to control the muscles. It attempts to blend mind and body, allowing the body to move gracefully. It is a popular inclusion at yoga facilities across America, as much as 90 percent of them. This is a jump from 63 percent in 2002. Celebrities such as Chelsea Handler have hopped on the Pilates bandwagon, no doubt fueling its popularity. The Netflix personality told Shape 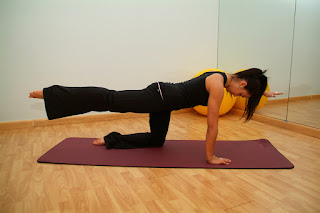 in January of 2016 that before finding Pilates, she was a "fitness fiasco" and credits it with being gentle on her body. Plus, she says, "I'm longer and leaner and much more graceful. I can honestly say it's changed my body - and my life." Photo: Wikimedia Commons images. By J. Vílchez - Producciones ISED, Public Domain.