Connecticut #2 in nation for appliance efficiency and savings

Today, the Appliance Standards Awareness Project (ASAP) released its lists of most energy-efficient states in the country, drawing a link to heightened appliance standards. ASAP was founded in 1999 by the American Council for an Energy-Efficient Economy (ACEEE), the Alliance to Save Energy, the Energy Foundation, and Natural Resources Defense Council (NRDC). The founders had been involved in appliance standards work for years, but recognized that a more encompassing, more organized advocacy effort would better effect change and improve standards. The average American family saved almost $500 on utility bills in 2015 as a result of existing efficiency standards for appliances and lighting, according to a white paper published today by ASAP with the American Council for an Energy-Efficient Economy (ACEEE). The report details average household savings for all 50 states and DC in four categories: household utility bill savings; electricity savings; natural gas and oil savings; and water savings. The top 10 states in each category are ranked. Connecticut came in at no. 2 for overall energy savings as a result of appliance standards, an average of $648 per household in 2015. Following is the list of top 10 most energy efficient states: 1. Hawaii 2. Connecticut 3. Massachusetts 4. Rhode Island 5. Alaska 6. New Hampshire 7. New York 8. Vermont 9. California 10. New Jersey Overall in 2015, Connecticut saved 2,297 kilowatt hours, 4.1 million British Thermal Units, and 11,611 gallons of water. That means the state cut 24 percent off its electricity bill, 5 percent off its gas and oil heating bill, and 16 percent from its water bill. The U.S. Department of Energy and Congress set the standards for appliance energy use, and every year appliances have been becoming more efficient. 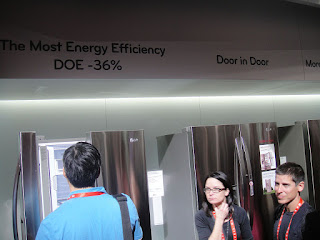