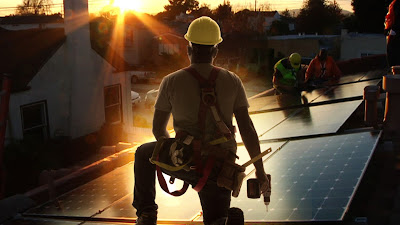 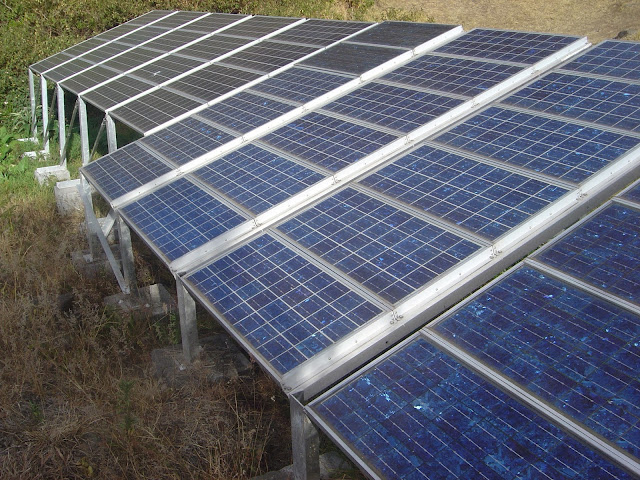 "What excited me so much about solar is that here is something we can all access and it’s a disruptive technology. Our electric grid was one of the biggest engineering achievements of the last century – and you put a lowly solar panel on your house and you've disrupted that." - Shalini Kantayya

Filmmaker Shalini Kantayya has more accolades than a summer movie premiere has papparazi - from finishing in the top 10 out of 12,000 in FOX's "On the Lot" filmmaking competition produced by Steven Spielberg to being a TED and Sundance Fellow. Of course, this analogy only works until you realize that soon, this talented thirtysomething Hartford native will be bombarded by the press and she'll have as many shutterbugs in her face as she has plaques on the wall. The buzz is simple: this is a young filmmaker who gets what needs to be done. We need to move to a green economy, and that is no easy task. So along comes an idea - what if we could have a green economy that solves another ill besides climate change, that of the ravages of the chronically unemployed urban worker? Her documentary, debuting Apr. 1 in New York City, elevates the national conversation about moving not only to a green economy, but a somewhat plausible leap to a solar-based energy nation. Using ordinary people and some not so ordinary people to tell her tale, Kantayya is extremely effective in enlightening the viewer. Watching trainees at a company called Solar Richmond, just east of San Francisco across the bridge, is inspiring: they are there because the experience works to counter the dual plagues of urban joblessness and climate change. The 73-minute film stars CNN personality-cum environmental activist Van Jones, Pres. Obama's former advisor on Green Jobs and author of The Green Collar Economy, as well as disparate and fascinating real-life characters: "Wally" Jang, a solar entrepreneur from China; Eddie Wiltz, Jr., a Richmond, Calif. solar industry trainee; Paul Mudrow, an unemployed, fortyish, fellow solar trainee; and fascinating Debbie Dooley, the Atlanta-based Tea Partier and founder of Conservatives for Energy Freedom. "Catching" is produced through Kantayya's own 7th Empire Media, which she says she created in order to create a culture of human rights and imaginative storytelling. The film is co-executive produced by Adrian Grenier, the popular actor from "Entourage" and longtime environmental activist; as well as top Hollywood producer Peter Glatzer and San Francisco-based documentary filmmaker Megan Gelstein. I had a chance to speak to Kantayya by phone about a week ago and a couple weeks before the film's premiere. The interview was scheduled before this writer realized where she grew up: Hartford. She quips: "I moved to New York City as soon as I had free will, though!" Indeed - she went to NYU, and once she realized the city's film community was thriving, she knew "this was the place to be." Kantayya spoke enthusiastically about the film. Asked about its message, she demurred. "More than a message, what I would hope is to put a human face on the future of clean energy, and I think I didn’t sort of set out with a particular message in mind but what I discovered was there is a whole story we are missing about this mass transition to clean energy. " She says she feels "we’ve been focused on these gloom and doom climate scenarios and I think we are missing stories like of Eddie, who saw the light go on when he caused a radio to play for the first time with solar energy!" He helped a neighbor understand how much he’d save as a result of solar work being done. "This is just something that's being missed. It's [solar energy] the biggest economic opportunity of our time and has the capacity to strengthen our middle class." Why such a big opportunity? A renewable resource, solar is everywhere, even in those dark regions of the world where they must rely on batteries to back up their solar resources, as well as in sunnier places like California, where the film is set. "I've spent so much time in the [San Francisco] Bay Area that I feel like I live there," she says with a laugh. In the film, it's fascinating to follow Jones as he gets the call to go work for Pres. Obama in DC, and observe how his wife and young family adapt to the changes. Jones, says Kantayya, was someone she's known a long time and who was happy to jump onboard with the film. She says she hopes that with "Catching", she can advance the cause Jones advocated for in his DC work and which has followed him since, about addressing income inequality in tandem with climate change. "What excited me so much about solar is that here is something we can all access and it’s a disruptive technology. Our electric grid was one of the biggest engineering achievements of the last century – and you put a lowly solar panel on your house and you've disrupted that." Fossil fuels, she points out, are bad for human health, bad for our lungs, while their infrastructure has also "concentrated wealth and power in the hands of very few people and created monopolies." "Climate change has presented a huge crisis," says Kantayya. "I made the film because I was looking for hope." See the trailer here. Follow the film's goings on at facebook.com/CatchingTheSunMovie; on Twitter @suncatchermovie; and on Instagram at suncatchermovieActor and environmentalist Leonardo DiCaprio is also a producer on the film, and he tweeted about its premiere on Earth Day, Apr. 22. The film is showing this autumn in Richmond, Calif., where the documentary is set. TOP PHOTO: Fernando Paz. BOTTOM PHOTO: Courtesy of Wikimedia Commons Images; solar panel in Marla, Cirque de Mafate, Réunion; by David Monniaux, 2005
Labels: Catching the Sun filmmakers Green businesses green filmmaking Hartford Shalini Kantayya Solar solar jobs Solar panels Van Jones