Less gun violence and smog: What the Covid-19 pandemic reveals about us

Have you noticed anything unusual in the news lately? Or more accurately, noticed anything missing? Yes, it's been a long time since the last U.S. mass shooting. That was the February 26 Milwaukee brewery shooting, in which six people sadly lost their lives. To my European, Asian and African readers, this may sound like a dramatic bit of news that occurred not that long ago. Americans know a different story. 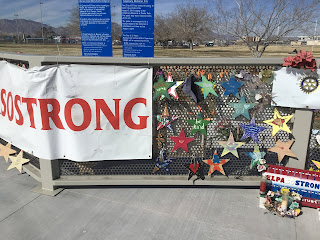 In 2019 there were 417 mass shoootings, which include those where no one was killed or just a few people, according to Gunviolence.org; and while their records indicate that shootings are still occurring, the rate is clearly falling. According to Wikipedia records, there were 32 deaths from gun violence in mass shootings by this time last year; there have been 11 such deaths this year. Mass shootings in this sense means large enough to have made the mainstream news. While the landscape has shifted in terms of gun violence, undoubtedly domestic violence is surging with so many families at home together. That being said, mass shootings seem to be falling off a cliff, with none making the news in the States since major state lockdowns went into effect. Contemporaneously, air pollution from Milan to Los Angeles has evaporated. L.A. is seeing its cleanest air ever. This won't make a serious dent in climate change, experts say, but short-term the lack of pollution helps everyone. Those suffering from asthma and are therefore more prone to contract COVID-19 will particularly benefit. These are things to think about while you are masking up and socially distancing. PHOTO: "Remnants of the makeshift memorial erected after the August 3, 2019 mass shooting at the Cielo Vista Walmart. Note that this image was taken after the memorial was moved, and therefore may not reflect additions or subtractions made during its relocation." For more information visit Gunviolence.org.
Labels: climate change Covid-19 gun violence human behavior Mass Shootings smog USA