Charisma: Why our Love of Cute Species Drives Evolution

A study published today, April 6, in the journal Frontiers in Ecology and the Environment examines a novel twist on an old idea: that beauty is more than skin deep. The authors have shown how one should take charisma into account when studying and managing invasive species. Such interlopers are the second largest cause of biodiversity loss. Transferred to new environments by human activity, they become competitors or predators of local species, which are often unable to withstand the incursion. An international research team, involving two French laboratories, have evidenced an aspect of these invasions: species charisma. The popularity of a species and its perception by society and the media, they concur, determines how it is introduced and what impact it has on its new surroundings. In Italy, for example, the arrival of the popular North American grey squirrel threatens the existence of the native red squirrel. 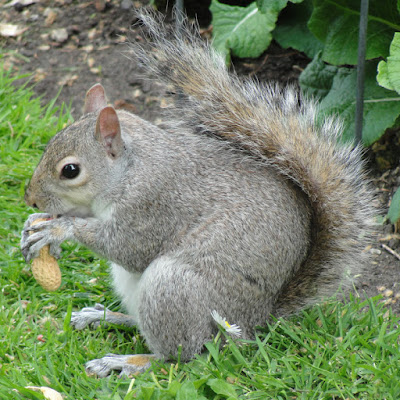 "Charisma is used in the literature to refer to the “attractiveness”, “appeal”, or “beauty” of a species but, with the exception of the seminal work by Lorimer (2007), very few studies have actually stated what the term signifies or what its properties are (Albert et al. 2018; Crowley et al. 2019)," the authors write. Species charisma is classified as “non-human charisma” and is defined as a concept that lies somewhere between inherent species characteristics and subjective perceptions and values assigned by humans, with the latter generated through direct or indirect human interactions with the species. Co-author Franck Courchamp, Director of Research at the French National Center for Scientific Research (CNRS),told Connecticut Green Living that "The influence of species charisma can be such that people can be really intent on hunting down some invasive species that are not charismatic and similarly fighting against the control of other invasive species when they are charismatic, even if it means the possible extinction of other species." Charismatic features in animals might be the bushy tail or large eyes. The science works the other way, too, examining species like many rodents who inspire repulsion. Reflecting on another curious aspect of the paper, that plants like the jacaranda exhibit charisma, he explains: "A plant that is pretty, has colorful flowers or smells good will be charismatic. They are often those sold as ornamental plants, which helps their dissemination throughout the world. You can often buy online seeds that are known to be very problematic in most countries." Some plants can also be charismatic due to traits such as foliage shape and flower color, size, and fragrance, the authors state. Other highlights of the fascinating work are that charisma can be "highly subjective," perceptions can shift over time, or be wildly influenced by media campaigns. Sometimes charisma comes wrapped in a frightening package, too, like with sharks or large snakes! "In wider use, however, and particularly in conservation, the term is applied to those species whose characteristics and behavior tend to inspire positive responses in humans," the authors write. Courchamp was surprised by various aspects of the research including a story about four feral hippos, introduced to the Rio Magdalena Valley in northeastern Colombia by a drug cartel leader, Pablo Escobar. This was and remains a case of charismatic animals invading a space but thriving. They were brought for a private zoo on his estate in the early 80s, but when he died in 1993 they were allowed to roam and reproduce about the countryside. Despite their negative impacts on the ecosystem there, these charismatic mammoths have swollen their numbers to 70 and attract tourists. See: The role of species charisma in biological invasions. Ivan Jarić, Franck Courchamp, Ricardo A Correia, Sarah L Crowley, Franz Essl, Anke Fischer, Pablo González-Moreno, Gregor Kalinkat, Xavier Lambin, Bernd Lenzner, Yves Meinard, Aileen Mill, Camille Musseau, Ana Novoa, Jan Pergl, Petr Pyšek, Klára Pyšková, Peter Robertson, Menja vonSchmalensee, Ross T Shackleton, Robert A Stefansson, Kateřina Štajerová, Diogo Veríssimo, and Jonathan M Jeschke. Frontiers in Ecology and the Environment, le 6 avril 2020. DOI : 10.1002/fee.2195. photo: Native North American grey squirrel, introduced to Italy. © Gérard Brémond
Labels: animals Charisma CNES Ecology ecosystem Invasive species