WalletHub's Green Cities List is out: What Connecticut can learn from California to go Greener 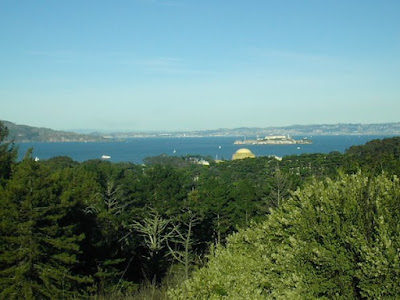 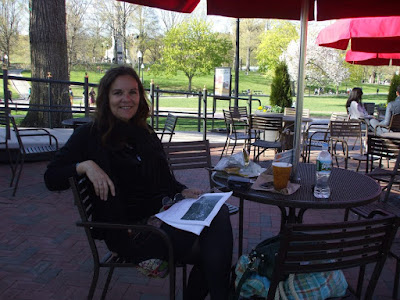 Connecticut doesn't have any cities that make it to the top largest 100 in America, so there is no way to know exactly how well we stack up against America's greenest. However, in the new WalletHub feature comparing various criteria of America's largest cities, clear lessons and practices can be learnt. For one thing, recycling and abandoning plastic bag use is a huge plus. Connecticut is on its way with the plastic bag tax (10 cents at most stores for a plastic bag), encouraging reusable bag or no bag use. People (some people) gripe a little but most I've spoken to are very enthusiastic! WalletHub's top green cities from amongst America's largest 100 cities are: 1) San Francisco; 2) San Diego; 3) Irvine, CA; 4) Washington, DC; 5) San Jose; 6) Seattle; 7) Fremont, CA; 8) Sacramento; 9) Portland; 10) Oakland. The worst are: 91) Virginia Beach; 92) Jacksonville; 93) Detroit; 94) Cleveland; 95) Gilbert, AZ; 96) Mesa, AZ; 97) Lexington-Fayette, KY; 98) Toledo; 99) Corpus Christi; 100) Baton Rouge. WalletHub compared the cities across 28 key indicators of environmental friendliness and sustainability, according to a release. The data ranges from greenhouse-gas emissions per capita to green job opportunities per capita to number of smart-energy initiatives. I wanted more elucidation so asked one of their analysts, Jill Gonzalez, a few questions: I don't see any cities in CT on the list. Can you comment on New Haven or Stamford in terms of greenness? "There are no Connecticut cities on the list, because we only analyzed the 100 most populated cities. Since we have no data for New Haven or Stamford, we're unable to comment." What is California clearly doing so much better than most of the rest of the nation? "One of the things California cities are doing better than the rest of the country is using electricity from renewable sources. Almost half of their electricity comes from some type of renewable source. Another important thing California cities have is the presence of plastic bag bans." I lived abroad for 1-1/2 years and find that compared to Europe, America lags. With the Trump Administration how are cities meeting the call to protect the environment? "Unfortunately, the current administration's approach to environmental protection could have a negative impact on cities' health. However, as our report shows, there are plenty of cities that choose to engage in clean, sustainable habits, in order to protect and preserve the environment." I have lived near Corpus Christi and take issue with its ranking. For one thing, it's such a beautiful city and I have always found the air clean. Why did it rank so poorly? "It's true that the air quality in Corpus Christi is among the best. However, there are other factors that contributed to its low rank. For example, the city has some of the highest greenhouse gas emissions per capita. In addition, more than 80% of its commuters drive alone instead of carpooling or using public transportation. This has a negative impact on the environment. Another factor that dragged down Corpus Christi's ranking was the small number of certified organic farms per capita." What can the lowest ranking cities do to improve their rankings? "There are several things that the lowest ranking cities could do to improve their standing. For example, they could increase the amount of green space, and improve their water quality. At an individual level, people could start using public transportation more, or bike instead of drive to work. Authorities could also look into increasing the number of alternative fuel stations, farmers markets, and community supported agriculture programs." Our nearest list-making neighbor, Boston, ranked an impressive #15 in WalletHab's list. It got especially high marks in the categories of Environment and Transportation; in fact, it ranked #5 for lowest percentage of car-driving commuters while rival New York ranked first in this category. Read the study and findings here. Photos: top - a view from San Francisco's Presidio of the Palace of Fine Arts and the San Francisco Bay; bottom, the author at the Public Garden in Boston.
Labels: Boston Connecticut going green Green cities green living San Francisco WalletHub