Water: How a state like Texas (yes, Texas) is a role model for the Constitution State 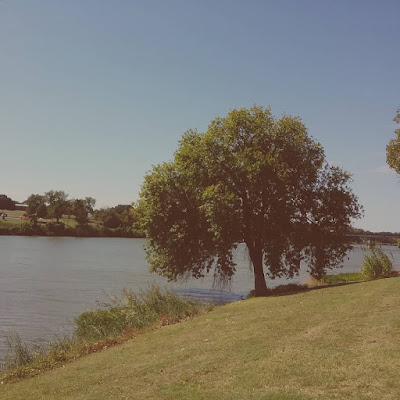 Starting today in Austin a conference designed to bring a confluence of parties together, from environmentalists to business leaders, hopes to make a dent in the nation's water crisis. It is not just our country, of course, that is suffering myriad challenges when it comes to water. One Water Summit 2019 is being billed as "the premier national conference focused on sustainable, integrated, and inclusive approaches to managing water, our most precious natural resource," according to Water Research Foundation. The new mindset or movement aims to change "siloed" thinking and make it a more "holistic" concept. For example, waste water and storm water should not be wasted and in many cases in 2019 are not. Laura Huffman, Texas State Director of The Nature Conservancy, spoke to me by phone yesterday and shared that "waste water can be refillable" and that in places such as Las Vegas, fountains have reused such water. In San Antonio at the Riverwalk, a mixture of recycled waste water and other effluent is used. In 2001, San Antonio Water System finished the first phase of its recycling system to treat wastewater effluent for irrigation and industrial use. Huffman points out that hers is a state with an interesting binary problem - droughts and floods. The need has never been greater to address Texas' water challenges after the blight of Hurricane Harvey ravaged the Houston area in 2017. Texas has established that "20 percent of [our water] will go to conservation," she says, and doesn't laugh when asked if that means fewer or no baths: "Everyone needs to do their part. It's no more business as usual." But in a state like Connecticut, how does the One Water approach play out? Because of climate change, cities and states are having to think about conservation in a different way. Twenty years ago here in New Haven County, we rarely heard the words "tropical storm" or "hurricane"; but then Irene hit in 2011 and Superstorm Sandy in 2012. NYC Water reported that many of the city's pumping stations and wastewater treatment plants, located near the water's edge, were damaged and flooded. This meant that engineers and sewage treatment workers had to scurry to limit the amount of discharge flowing out of the plants. Extreme weather remains not only a great environmental challenge for cities and states but a financial mountain. The economic losses from Harvey were in the billions, rivaling Katrina's. It is no surprise that cities brace themselves to offset greater flooding, coastal erosion, downed trees, fractured water mains, submerged wastewater treatment plants and power centers. Huffman stresses that projected population growth, such as in her state, also drives much of the urgency. "The sheer number of people will [burgeon] from 26 million to 50 million [here in Texas] over the next decades." Further, Texas is experiencing a dramatic shift from the rural landscape of decades past to a majority of residents flocking to cities. The growth presents challenges for water use and management; for example, paved over roads don't necessarily allow for natural runoff or absorption in the way that farmland or dirt roads do. In a report, issued by the Cynthia and George Mitchell Foundation, the authors show how exponential population growth plus climate change and accelerating heat put a strain on resources. Here in Connecticut, we are not facing the challenges of Texas or California, which experienced a prolonged drought from 2011-2017, but we cannot become complacent. Temperature rise borne of climate change is accelerating, and because the U.S. has removed itself from the Paris Agreement cities and states have had to take up the mantle themselves. Citizens cannot count on government officials to lead the way. Everyone must do their part, as Huffman says. Photo: Brazos River, Waco, Texas, by Kathleen Leonard 2017
Labels: climate change Paris Agreement San Antonio Water System stormwater runoff Wastewater Water Water scarcity