A four-part documentary series called "The Crowd & The Cloud", showcasing the power of "Citizen Science in the Digital Age", airs this month on public television and is available online. Hosted by former NASA chief scientist Waleed Abdalati, now director of the Cooperative Institute for Research in Environmental Sciences (CIRES) at the University of Colorado, Boulder, the series shows how citizens can cull data to augment the work of professional scientists. Everyday people can and are acting in ways leaders cannot - a timely message during a time of political upheaval on the scientific and environmental front. Whether one's concerned with Alzheimer's, fracking, weather, climate change, or epidemics like Zika, the documentary shows how citizens using smartphones and computers are harnessing the power of the digital age. Not only that, through mobile and other technologies people are helping scientists do their jobs. In the documentary trailer Abdalati says, "For years you've watched science on television; now you're invited to do science." We see bird watchers, biologists, weather watchers, and urban citizens fighting pollution. In a press release, CrowdAndCloud.org's team state that "Big corporations mine our online activity for profit. NASA sends probes to distant planets, and delivers astonishing images of both deep space and planet Earth. But even in this age of Big Data and Big Science, there is still a need for what’s called 'citizen science'. 'The Crowd & The Cloud' is a four-hour public television series showcasing some of the people at the front lines of this revolution in how science is done and their contributions to public health, environmental protection, wildlife conservation and mitigating the impacts of climate change. This new approach to science takes advantage of the almost universal availability of mobile technology, low cost sensors and other tools for collecting and sharing data." The four episodes air on public television's World Channel Apr. 6, 13, and 27. In the series, viewers are encouraged to participate via online resources at CrowdAndCloud.org. “Public television has been sharing breakthrough science for decades through such classics as Carl Sagan’s Cosmos, the first home-grown American science series, and Nova,” says writer/producer Geoff Haines-Stiles. “I’m proud to have contributed to both, and am impressed by how audiences have responded with curiosity and passion. As I learned more about today’s increasingly varied and valuable citizen science projects, I became certain PBS viewers would love to know more, and perhaps be motivated to start participating. The result is our Crowd & the Cloud project, combining broadcast television and online resources.” The four programs include citizen science projects such as the Audubon Society’s Christmas Bird Count, which started in 1900, and recent start-ups such as Smartfin and Propeller Health, which use sensors to capture ocean data, and help those suffering from asthma. The series examines some of the 338 citizen science biodiversity projects with some 2.3 million volunteers globally that contribute labor worth $2.5 billion annually, according to research. (1) Volunteers contributing to the eBird (Christmas Bird Count) website and app have put out three times the human sweat it took to build the Empire State Building(2). Of particular interest to us here in Connecticut, the series includes a segment on "Sandy and the Pollinators", which shows how local ecologies in New York were impacted from the muscular storm. And it documents how local schools and activists got involved to help restore the area and reverse the decline of pollinators' habitat and restore native plants. In the first episode we see how citizen scientists are capturing rain and snowfall amounts in their regions, from Texas to northern climates 365 days a year. Too much or too little rain can affect farming output and ranching in the American southwest; too little snowfall can mean too little thaw for precious water resources elsewhere. 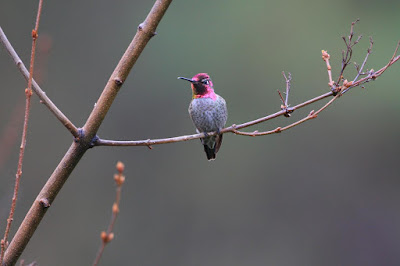