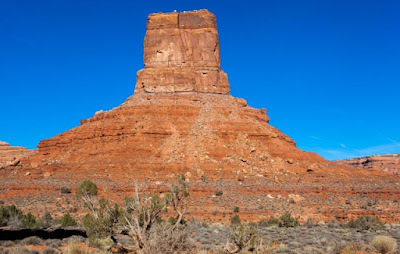 Earlier today, Apr. 25, the National Audubon Society released a press release regarding President Trump's impending signing of an order to review the Antiquities Act. The Antiquities Act was enacted by President Theodore Roosevelt in 1906, and was intended to allow the president to set aside public natural areas as park and conservation land. The Bears Ears National Monument, established last December by President Obama, is threatened by this signing. It sits on 1.35 million acres of federal land in southeastern Utah, a state whose tourism industry has benefitted by promoting its Arches, Bryce Canyon, Zion, and Capitol Reef parks. Bears Ears is so named for its pair of mesas, a hallmark in this part of the country, where rugged red geography dazzles at every turn. According to Audubon, "reversing monument designations is a dangerous game." And they go on to say: 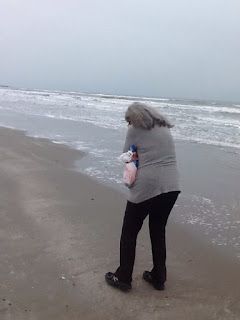 “Blowing up more than 100 years of bipartisan tradition to rob our kids of their natural legacy is shameful and sad. "These are places Americans hold in their hearts, and this is just a mean-spirited, dangerous, political game the President is playing with America’s national monuments,” said David Yarnold (@david_yarnold), Audubon’s president and CEO, in response to President Donald Trump's upcoming executive order targeting the Antiquities Act. The order directs the Department of the Interior to review all national monument designations made in the past 20 years and make recommendations as to which monuments should be rescinded, resized or modified. “Birds depend on public lands and waters as places to breed in the spring or ride out the winter. Each president since Teddy Roosevelt has used the Antiquities Act to protect extra special places. And until today, no President has initiated such a broad assault on the conservation legacy of those before him.” Reducing the protections for Bears Ears and Grand Staircase-Escalante national monuments, both of which are included in the list of monuments under review, could jeopardize thousands of birds. Many climate-threatened species like the Golden Eagle, Pinyon Jay, Hairy Woodpecker and Mountain Bluebird depend on protected spaces to survive expanding development and the impact of climate change, Audubon said in the release. The president made a big contribution to national parks a while ago, and seemed to be concerned with showing his support for them. This was counter to his acts on the environment, which have included everything from being anti-climate change policies to slashing crucial funds for the EPA and NIH. Update 4-26: The President has indeed signed the Executive Order, his 27th since taking office. Photos: (top) By Frank Kovalchek from Anchorage, Alaska, USA - Classic butte in Valley of the Gods, CC BY 2.0. (bottom), the author's mother walks on the beach of a national park near Port Aransas, Texas.
Labels: Antiquities Act Bears Ears environment EPA Grand Staircase-Escalante national monuments national parks President Trump threatened national parks Wildlife