This week, most of us adults are wishing we were kids again because the Children's Museum in West Hartford is inviting children to come explore, learn, and get their hands messy. Following is the schedule: Today, April 10: Animal Science. The science center asks: "Have you ever wondered what it would be like to study animals?" Campers will have a chance to conduct animal experiments, observe wee animals microscopically, and learn about animal bones and teeth. (Better not leave your dentures there that day, Pops!) Tues., April 11: Experiments. Come to the museum hungry for what's being billed as "a day filled to bursting with experiments that you can eat! We will make liquid nitrogen ice cream, experiment with candy, and learn about the science of making food." Weds., April 12: Desert Animals. "Campers will meet an incredibly diverse group of desert animals including gila monsters and fennec foxes. We will learn about the special adaptations these animals have for survival in their desert environments," according to the website. Thurs., April 13: Connecticut Animals. Learn about animals that live in your own backyard, including Clark the opossum (here named "Clark" but your opossum may be Joy, Troy or...), Cider the groundhog, and Bobby the box turtle. "We will learn about the importance of protecting their habitats," say the organizers. Fri., April 14: Scaly Creatures. Step back in time and investigate reptiles all the way back to the dinosaur era as well as lizards, snakes and turtles. Campers will have a chance to poke around with dinosaur fossils and bones in the museum's shiny new dinosaur exhibit. The special science week is just for kids entering grades one through six, and everyone must be at least six. So what are you waiting for? Get your geek on! 950 Troutbrook Dr., West Hartford. ($70 per day, or buy a membership and save money. Click here for more information.) Note: a health form and registration are required. The museum also will hold Summer Vacation Science Camp and Preschool Exploration Camp later this year. 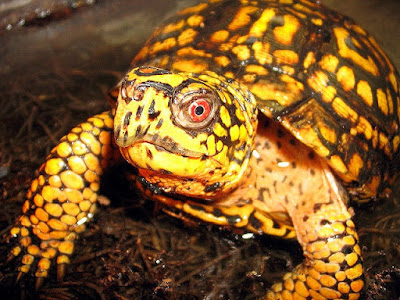