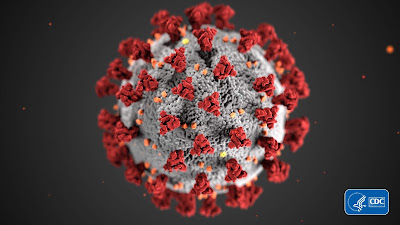 "These are the times that try men's souls ..." - Thomas Paine. Although Thomas Paine was referring to an entirely different crisis in 1776, during this health emergency we are in a similar way forced to come together for our country ... and our world. We are forced to stop thinking only of ourselves while at the same time steeling ourselves for worsening crises. We are faced with the unknown, and we know that some will fall and others survive. Whether you are overloading grocery carts with Charmin or practicing Zen meditation, this health crisis has gone viral. Perhaps in the 21st century we will have to abandon that phrase. Here in Connecticut we have seven reported cases, but because of testing shortages there is no way to know the true number. Nearby New York has the second-most Covid-19 cases in the country at 325*; Massachusetts has 108 reported cases. Schools are closing, as are libraries, public gatherings, Broadway. What is not closing, though, is the human mind - creativity, compassion, humor. It's important that people remain mindful of this. The run on grocery store items is fine up to a point - there is good reason to believe we will be quarantined in our homes for a period of time - but if it means grabbing the 17th container of Jiffy when your neighbor goes without, it's not fine. Although many of us question information provided to us now by our government, it's the only one we have. Whatever your political party, you need to trust that at the very least President Trump has put a few good men and women on the front line to try and help us. It is important to listen to press conferences, even when you find information lacking. You can then question whatever you've heard and search for news from the Washington Post, The New York Times and FT, for example. CNN and MSNBC are working round the clock to deliver the most up-to-date and accurate news possible. This is not the time to scream "fake news" but nor is it time to gather your so-called news from Facebook. Click here for a map of Covid-19 cases nationwide. Photo: By CDC - https://phil.cdc.gov/Details.aspx?pid=2871, Public Domain, https://commons.wikimedia.org/w/index.php?curid=87603666 New York Mayor Bill DeBlasio predicted on CNN this morning (3-15) that the City alone will suffer up to 1,000 cases by next week. PHOTO: used with permission by Guru Nanda
Labels: Community Compassion Connecticut Coronavirus Coronavirus Outbreak Covid-19 Creativity USA