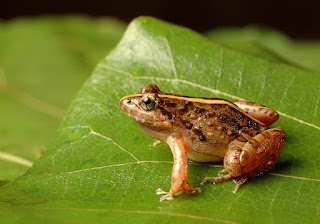 It took me a few sittings to take in this film, "Wild India" by BBC America and narrated by living legend David Attenborough. Whether it was wanting to get another peek at the Jungle Cats or just relish in the delicious, mystical soundtrack by Indian Grammy winner Ricky Kej, it's a not-to-be-missed visual and aural treat. This hour-long film will premiere next Saturday, July 25, on the nature-focused “micro-net,” Wonderstruck. You will have a lot to look forward to: "Wild India" follows creatures that live in the mountains, deserts, jungles and oceans of Karnataka, where three months of the year monsoon rains make life there livable the rest of the year. The variety of animals made me dizzy, whether I was looking at otters or herons, frogs or tigers. Filmed over three years in 15,000 hours, a huge team of photographers (too many to count in the credits as they rolled by) beautifully captured the variety of species. According to the press release, although the state of Karnataka, which lies in Southern India, absorbs just 5% of its country's land mass it boasts a quarter of its animal species. This includes the deadly, such as the King Cobra, and the more docile, such as (presumably) any of 100 varieties of frogs (really!) Karnataka comprises the Deccan Plateau, the Western Ghats Mountain Range and the Coastal Plains. In the film we see the variation in vegetation and landscape of Southern Karnataka, where this was filmed. Having lived in London for 15 months, I know what a national treasure Attenborough is so I hope that Americans will come to appreciate his gifts. When he says "the animals here must always be on guard" it is a voice that commands attention, matching the gorgeous cinematography that swoops in to take in canopies of luscious trees one minute, ancient rock formations the next and lumbering elephants with their babies still the next. He tell us "this land is ruled by the largest cat on the planet" and that "Karnataka is home to more tigers than any other place in the world, making up 10% of the global tiger population ... The thickness of these jungles in Southern Karnataka allows tigers to co-exist with the largest of land animals, elephants." 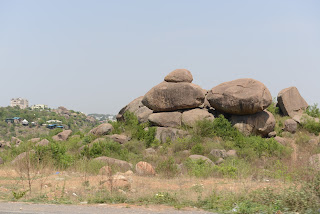 Watching the film, which is as much a work of art as documentary, made me realize the beauty of life's passages - whether we are watching frogs mate or a monkey narrowly escape the clutches of a tiger who races up a tree to nab him. We appreciate the beauty of the maternal instinct, watching a Jungle Cat (a breed that was only named 250 years ago) embrace and groom her kitten. The kitten seen here gets into a near scrape, but I won't spoil that for you. I recommend taking notes of all the species you are seeing and looking up the spellings of their names. For example, I had never heard of the Gray Langur, apparently Karnataka's largest monkey, or the Sloth Bear, adorably attachable when it comes to toting cubs around, Velcro-style. Admire the peacocks - "The younger males watch from the sidelines; it will be three years before they have the plumage they need to take part" (in the mating ritual) - and you will once again marvel at Nature's jaw-dropping color palette. Filmed and directed by Amoghavarsha Kalyan Varma with original photography by a plethora of talent, I highly recommend this genteel, intelligent film that promotes both animal welfare and reminds us to be grateful for each day on this planet. Note, the photos published here are indicative of but not excerpted from the documentary: 1) A tree frog. By Kalyan Varma - Own work; 2) Photos of rock formations in Hyderabad, India. By Stephen Chin - Flickr: JavaOne India
Labels: "Wild India" BBC America David Attenborough elephants India Karnataka otters tigers