Incoming administration looked at with skepticism, 'wait and see' from environmental groups

In a lengthy conference call from Washington, DC with Natural Resources Defense Council today, headed by their president, Rhea Suh, representatives of the New York-based agency stressed the need to hold President Elect Trump and Congress accountable for choices they will make on the environment. The consensus was that the outlook is not good, but that doesn't necessarily come as a surprise - nor as an excuse to throw in the towel. One individual who won't give up on greening America is Interim Director of Ocean Conservancy's Gulf Restoration Program in Daphne, AL, Kara Lankford. She spoke with this reporter later this afternoon about her interests, which are not only focused on the Gulf, but more broadly on environmental issues such as acidification, that mirror the NRDC's. Lankford said, firstly, that it didn't come as a surprise to her that people of this region would have kept their states red in the last election. Changing overnight to a clean energy economy is a tough sell, particularly to people in the states most responsible for oil and gas production. "Oil and gas aren't going away tomorrow. I’m from the Gulf, I grew up in Mobile, and I think it's economic concerns [that drove the election]. There are a lot of poor people here, and I think it’s a slow transition." Even so, the very states that bore the brunt of the Deepwater Horizon disaster of April 2010 should pay attention to who's incoming, including a possible EPA administrator who seems more intent on shuttering the agency, Oklahoma Attorney General Scott Pruitt. "The cabinet appointees are enough to give anyone pause," Lankford said. "It’s a little bit disheartening, when President Obama has done so many good things for the ocean." Some of her concerns include the Eastern Gulf of Mexico, which she said "may be opened up for oil and gas production." Yet that said, "I'm just looking through a crystal ball, and there a lot of questions and posturing right now when the reality is we have to wait and see." Interestingly, during the NRDC call it was pointed out that Texas is number one nationwide in wind energy, and there are 400,000 Americans working in wind and solar industries. These people's jobs are as important as everyone else's, of course, and the incoming administration would be wise to heed their existence and further the transition to clean energy. Another takeway from the NRDC call was the notion that Republican-led Congresses can only effect so much change. They are still, ultimately, beholden to their "political capital" and for this reason, Trump and his ilk may be more environmentally-friendly than his Cabinet picks portend. We shall see. 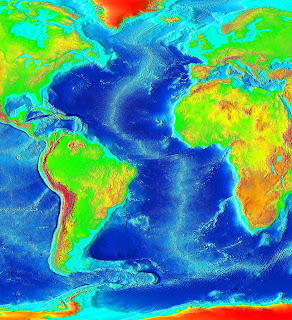