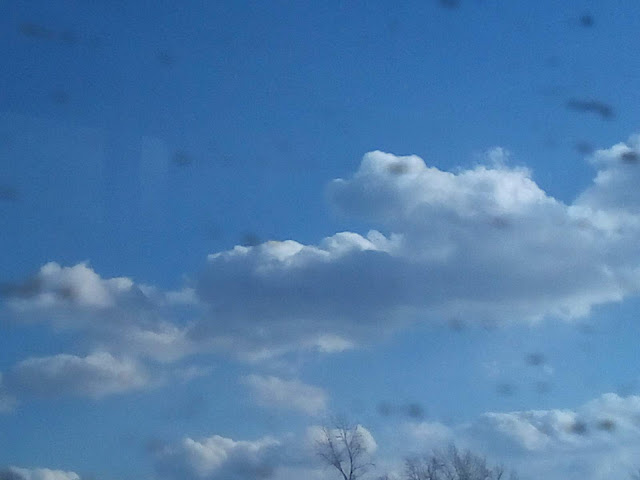 I was inundated with press releases leading up to today. I couldn't even respond to some of them. However I read several and culled some of my favorites. In addition, let me start with some tips of my own: consumers should stop using plastic bags, and markets can help curtail this nasty habit by charging 5 or 10 cents immediately (worked in London) for use of same; swap or recycle clothes rather than discard; do less laundry by wearing shirts a few extra days; change bath linens less often; grow your own herbs and stuff spices in bottles you've already recycled (e.g. old jam jars); walk more (also good for your health!!); and tap public transportation whenever possible. Here are other ideas: WATER: Colgate (www.colgate.com) is asking Americans to turn off water while brushing teeth. The turn-off-the-faucet campaign is being led by Michael Phelps. Today, 130 million Americans live with severe water scarcity, according to Science Magazine, for at least one month every year. Yet, 42 percent report leaving faucets running while brushing their teeth. This amounts to a dramatic water loss, about 4 gallons of potable water can be wasted in the two minutes it takes to brush one's teeth, according to the EPA. Other stats of note - two thirds of Americans get their drinking water from rivers and lakes. And less than one percent of water on Earth is available freshwater to drink. LAUNDRY Laundry is a huge energy waste. A vegan, 100 percent biodegradable detergent from HEX Performance (www.hexperformance.com) boasts an eco-friendly formula - no phosphates or phony fragrances. Its publicist says the detergent is dermatologist tested and is found to be non-allergenic. Hex can be used to launder leggings, activewear and other similar garments. I use a product made with plant-derived, renewable ingredients called Soak, which has a delicious scent and is very gentle on delicates. (Visit www.soak.com for more info.) Additionally, remember these laundry tips: Cold water saves energy and bleach is unnecessary. WORK According to a company called FlexJobs the environmental impact of remote work means: - Vehicle miles not traveled: 7.8 billion - Vehicle trips avoided: 530 million - Tons of greenhouse gases (GHG) avoided (EPA method): 3 million -Reduced traffic costs: $498 million. Carbon savings equivalents approximate 46,658 tanker trucks of gas and 538,361 homes powered with electricity for a year. The company's release says, "Transportation, which includes vehicles used commuting to and from work, is the largest source of greenhouse gas emissions in the U.S., according to the EPA." People who work from home offset a cumulative carbon footprint of 3.6 million tons of GHGs each year." To replicate those results, it would take the planting of 91 million trees to offset the same level of emissions, according to a 2017 Global Workplace Analysis."(Visit www.flexjobs.com). 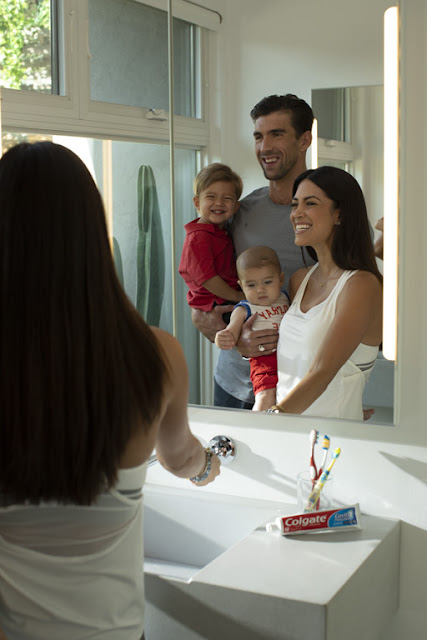 photo: Michael Phelps and wife Nicole show sons Boomer and Beckett how to save water while brushing, courtesy of Colgate.