As flu season approaches, a possible breakthrough for monitoring H1N1

A new finding from the largest study of its kind could improve disease monitoring for the H1N1 flu, which is the same strain that caused the influenza pandemic in 2009. 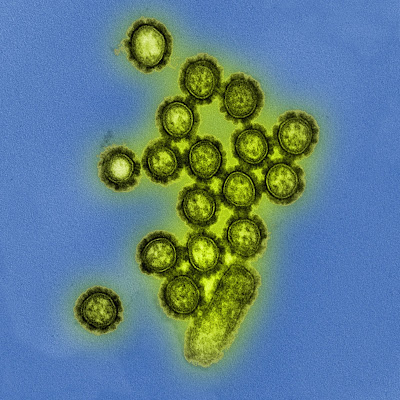 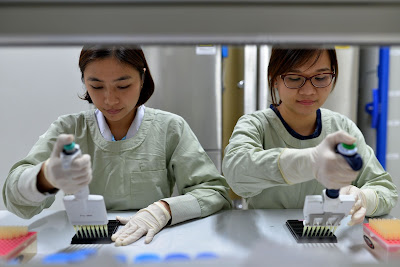 . In 2009, H1N1 was a huge concern in Connecticut, where the Centers for Disease Control classified its outbreak as being regionally located. Other states, such as Virginia suffered widespread outbreaks.

In June 2009, the World Health Organization (WHO) declared the strain of swine-origin H1N1 as a pandemic. The virus had spread worldwide and had caused about 17,000 deaths by the start of 2010, but about a year later, WHO declared that the H1N1 influenza pandemic was over.

Now, Penn State has announced via an Aug. 2 press release a new technique expected to be especially useful in the tropics, where H1N1 is still a concern because flu season never ends, and where new viruses often emerge. Scientists have identified a way to not only identify the presence of H1N1 in the body, but know whether it ever existed. In the largest study of its kind, an international team led by researchers from the Oxford University Clinical Research Unit in Ho Chi Minh City, Vietnam; the Erasmus Medical Centre in Rotterdam, Netherlands; and Penn State University in the United States identified antibody concentrations that match recent and historic exposure to the flu strain H1N1. A paper describing the research is published in the July 2017 issue of the journal Scientific Reports. The amount of influenza-specific antibodies present in an individual’s blood can indicate not only if they have had the flu, but potentially when. The research represents what appears to be a breakthrough in improving disease monitoring in the tropics, and has ramifications worldwide where flu and illness tick up come autumn. The researchers' findings might be used to perform regular blood testing for early warning and more-effective monitoring of the disease strains circulating in the tropics. The finding also is expected to help identify those who are most at risk of illness during new influenza outbreaks. "Disease outbreaks and epidemics are often monitored by counting individuals who show symptoms of infection, but this only captures people who are sick enough to be identified," said Maciej Boni, associate professor of biology at Penn State and a lead author of the paper. "With blood samples, you can capture everyone who ever was infected because individuals are not able to hide their antibody signals." Click here for the latest WHO influenza outbreak map. PHOTOS: 1) A colorized micrograph of particles of the influenza strain H1N1, which was involved in the 2009 flu pandemic. Credit: National Institute of Allergy and Infectious Diseases, National Institutes of Health. 2. Graduate students Nguyen Ha Thao Vy (left) and Tran Thi Nhu Thao of the Oxford University Clinical Research Unit in Ho Chi Minh City, Vietnam, perform protein microarray analysis to identify influenza antibodies in human blood. New research reveals that these antibodies may provide insight into the timing of previous H1N1 influenza infections. Credit: Oxford University Clinical Research Unit
Labels: Flu H1N1 Pandemics scientific research Swine Flu