Today, on the first anniversary of the historic climate change accord signed by nearly 200 nations, the Paris Agreement, social media brand GOOD is continuing the conversation. Through its Earth to Dinner, the clarion call is for the public to reach out to friends and even strangers and discuss climate change more deeply by sharing a meal. To prod this, participants can download the ETD toolkit, designed by Michael Hebb, founder of Death Over Dinner. A mix of environmental leaders, celebrities, and chefs are hosting dinners from Iceland to Chile to North Carolina. Those who sit down and discuss the Paris accord with friends and family tonight are urged to connect socially with the organizers. Tweet #EarthToDinner and share your photos and experiences in real time. Hebb told Connecticut Green Living that they will be geolocating the participants through the hashtags on Twitter and Instagram, as well as through Facebook posts. "The number we had on the board was 500 (dinners scheduled worldwide) – so that we'd know that at least we were tapping into enough curiosity and passion" on this subject, said Seattle-based Hebb. He hopes people will sign what's called the People's Climate Agreement as an outgrowth of these dinners; and that can continue after tonight. Organizers hope that the kind of success Hebb's seen with his Death Over Dinner model, which has forced people to speak about death more intimately and meaningfully through supper and cooking, will be replicated by today's event. Cooking, he points out, is what separates us from the ape. "The dinner table has always been this place of change and transformation and self-reflection. It’s where we first became human by concentrating calories in cooking ... that’s the evolutionary leap." Adina Niemerow, Steve Jobs' former chef and renowned cookbook author, is hosting a dinner at the Safehouse in San Francisco. Some of the other conversations will be (and in some cases have already been) held by the following individuals at these locales: Elliott Bisnow, founder of Summit Series, is hosting a dinner in Patagonia; the aforementioned Michael Hebb is hosting a dinner at the Cloud Room in Seattle with 40 Seattle leaders; James Beard Best Chef Tamara Murphy is hosting a dinner at her restaurant Terra Plata; Dariush Mozzafarian, Dean of the Friedman School at Tufts is hosting a dinner in Boston; Stephanie Wear, lead spokesperson for The Nature Conservancy is hosting a dinner in North Carolina; Star chef Joshua Henderson and cookbook author Kathleen Flinn are hosting a dinner in Seattle at the Institute for Systems Biology; Pall Davidsson, Founder of the Global Glacier Initiative, is hosting a dinner in Iceland; Celebrity chef Mikalea Reuben is hosting a dinner in Vancouver, BC; Franz Aliquo, founder of StreetWars is hosting a dinner in Brooklyn; Joe Whinney, the founder of Theo Chocolate is hosting a dinner in Seattle; Cora Neuman, founder of Global First Ladies Association is hosting a dinner in Topanga, CA; Michelle Welsch, founder of Project Exponential and Khata:Life is hosting a dinner in Nepal; Kristin Kaye, author and activist is hosting a dinner in Marin, CA. 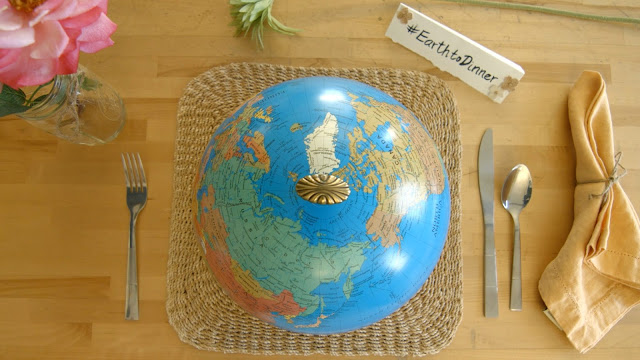